HOME
SERVICES
Commercial
Residential
Testimonials
Gallery
About
Get A Bid

Don’t You Just Hate Having to Paint Your Home Every Few Years?

Therefore after doing research online we decided to look into having our home sprayed with an elastomeric coating. We called around to several of the Wickenburg painting contractors and we were very surprised that many of them had no experience with these types of paints and that there was even one contractor that never even had heard of the process.

When we finally got to the bottom of our list we called Brian who not only explained that he had used these paints on several homes and businesses in Wickenburg that infact he had just painted another Wickenburg home using an elastomeric coating a few days prior and invited my wife and I out to see it.

We did and  were very impressed and told us that he would get back to us the next afternoon with a bid.

The next day Brian came out to our home with his bid and to be very honest we were shocked about the price. His total bid for using the more expensive coatings that we wanted was lower than the price another contractor had bid using those cheaper over the counter paints.

Brian explained that his costs were typically much lower then many of the other contractors and because of this his bids are typically a third of the other Wickenburg home painters. We signed his contract and the next day his crew came out and spent the entire day masking the exterior doors and windows, moved all the patio furniture and the following day (bright and early) they were out spraying and rolling the exterior walls.

Don’t you hate it when contractors finish a job that they often leave tell tail signs that they been there leaving behind a mess that you have to clean up? 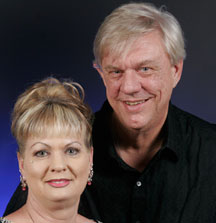 Well I was pleasantly surprised that after Brian’s crew finished they didn’t leave one trace that they were there other than our home looked better than any other home in our neighborhood!

Two thumbs up for a great job, my wife and I strongly recommend Mills Painting LLC for all your exterior and interior painting needs.